How to get to Melrose Abbey?

I think it’s a must – you wander around the Abbey with atmospheric monks chorals in your ears.
Handsets are available to borrow free of charge. Audio tours include a version for visitors with learning difficulties.

Melrose Abbey was built in 650 AD by monks (it was called The Abbey of Old Melrose or Mailros) – they came here from St Columba’s monstery on Iona (A Scottish island). You’ve probably heard about St Cuthbert – he became Prior of Melrose Abbey in 664 AD. In 839 AD Melrose Abbey was destroyed by Kenneth McAlpine (a King of Scots). In 1136 it was rebuilt by Kind David I and Cistercian monks from Rievaulx Abbey in North Yorkshire. Twelve monks were working to rebuilt this beautiful place. In 1385 AD Abbey was burnt by king Richard II, last devastation came in 1544 AD because of Henry VIII who married two years old Maria Stuart.  He destroyed everything on his way. Last monks died in Melrose Abbey in 1600 AD.

What kind of view can you see here? 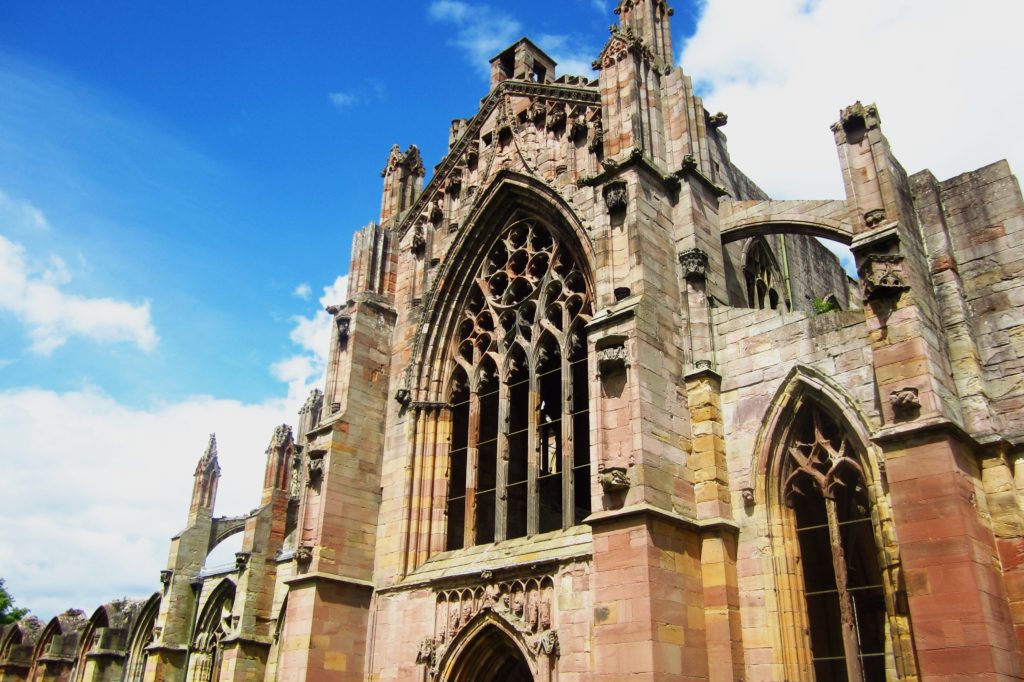 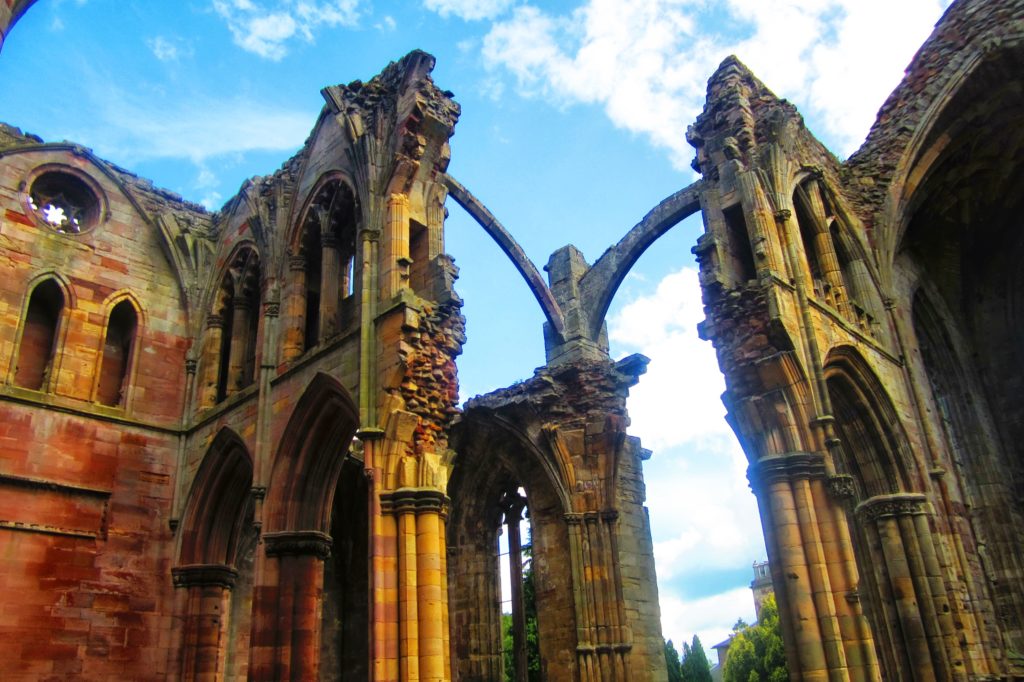 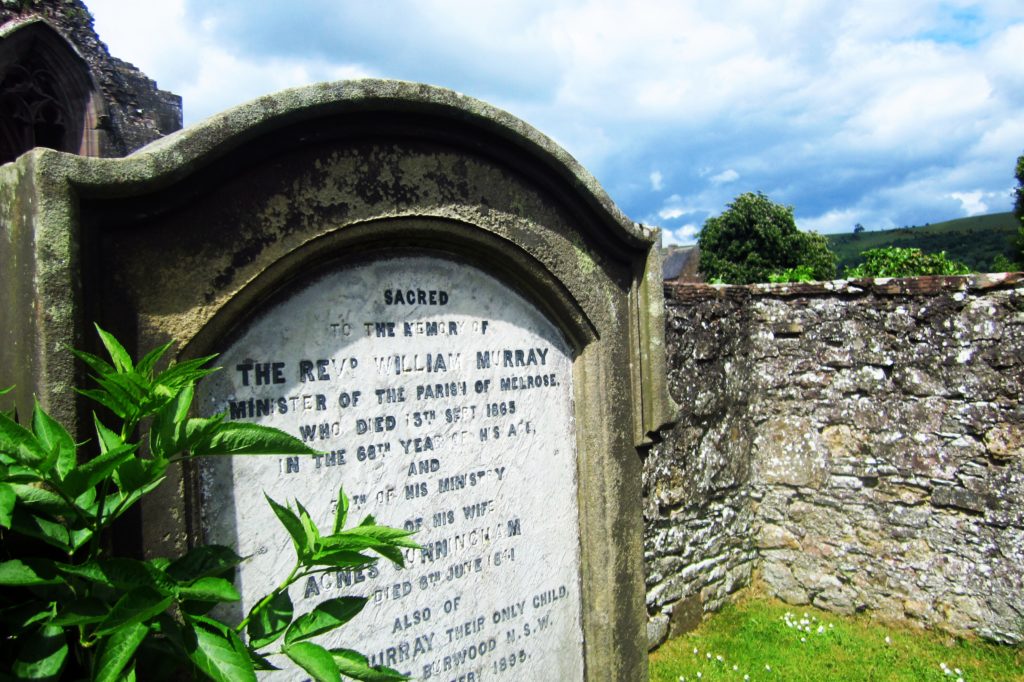 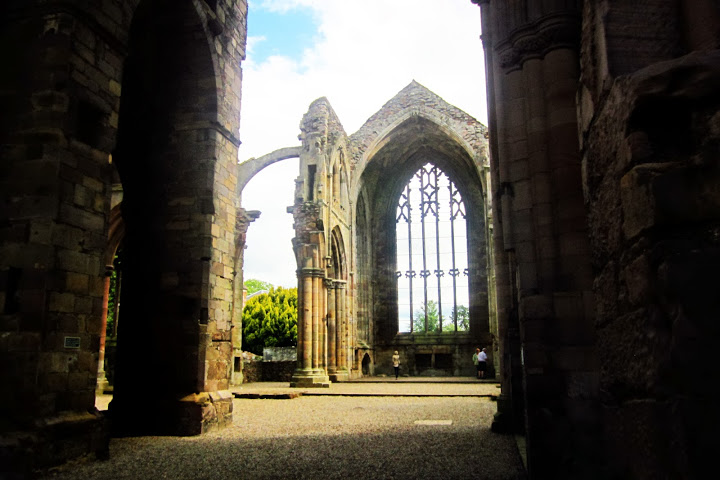 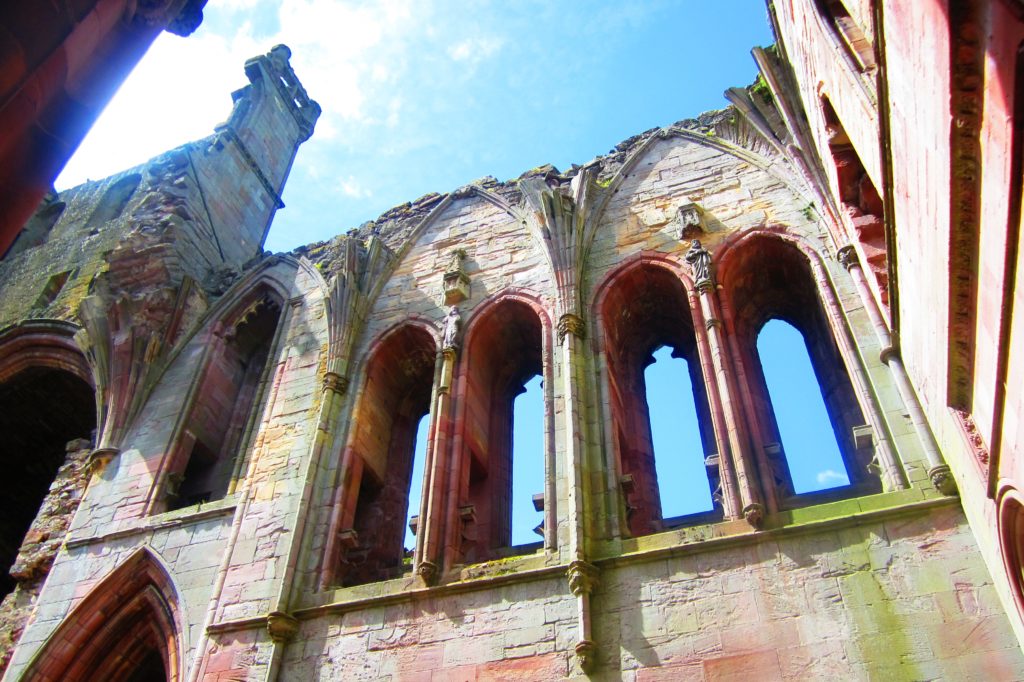 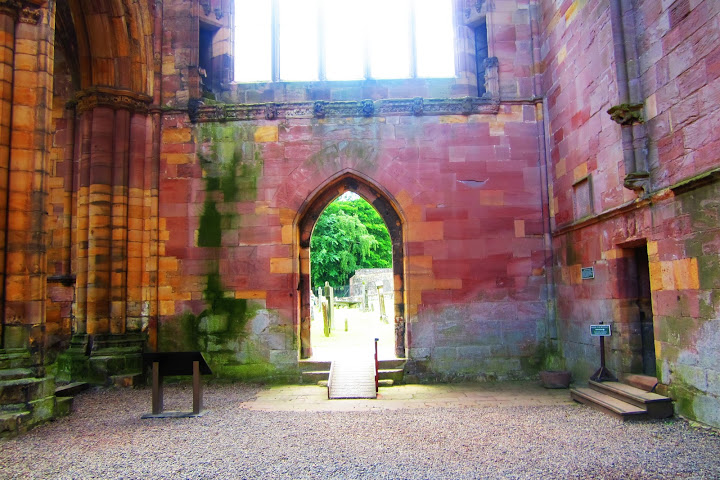 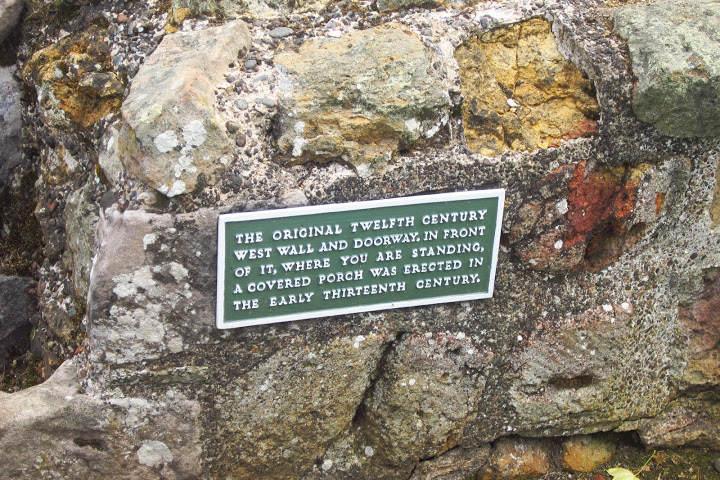 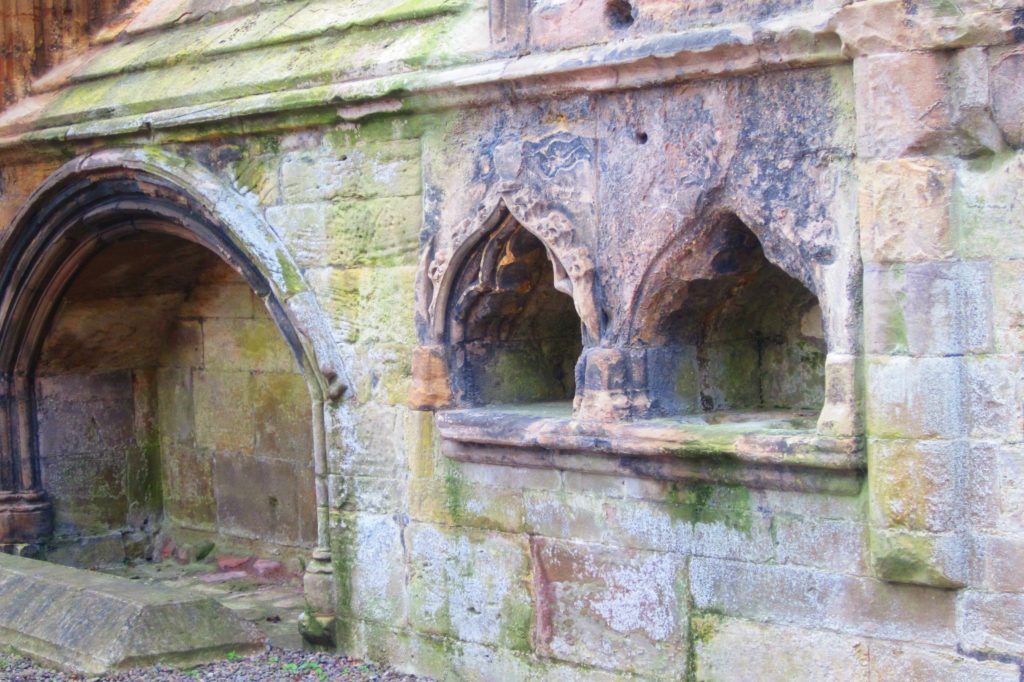 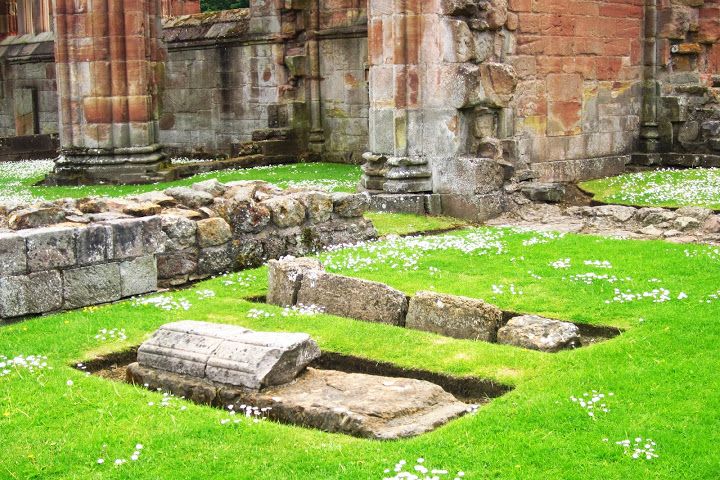 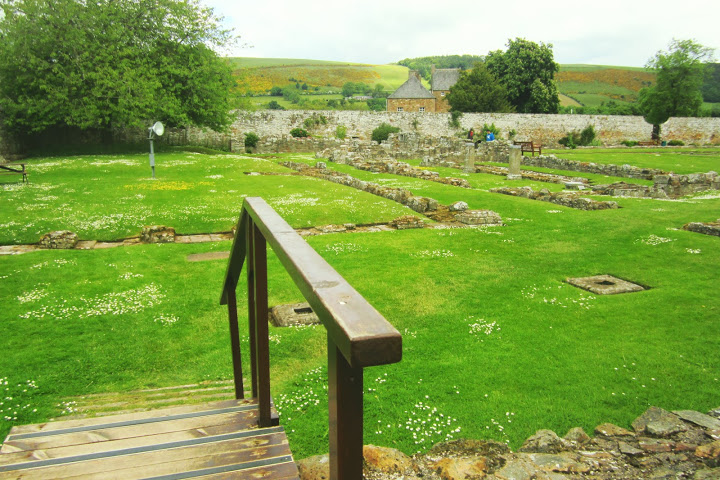 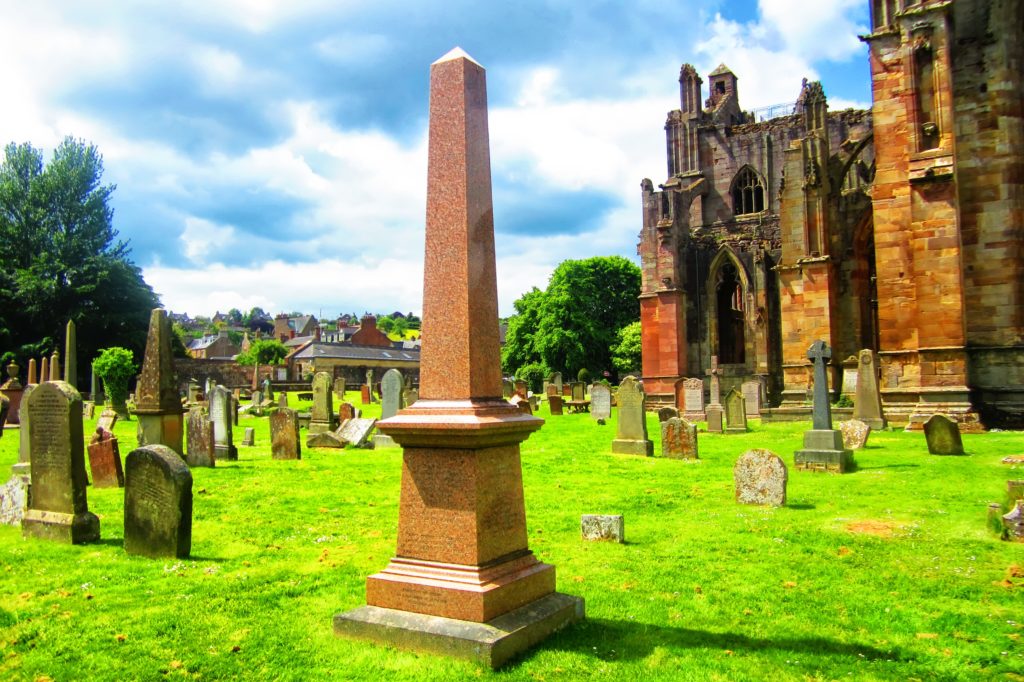 Highlights of the visit:

A bagpipe pig – look around you, you will find it easily!
The Commendators House + Museum
A resting place of Robert The Bruce’s heart – his body is in Dumfermline Abbey. 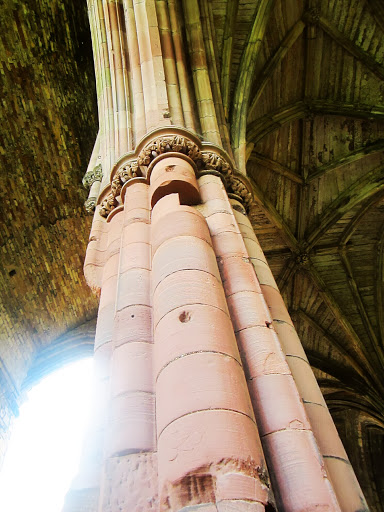 Last entry is 30 minutes before closing.

Children under the age of 16 must be accompanied by an adult.

Concession price: this applies if you can show proof that you’re aged 60+ or unemployed.